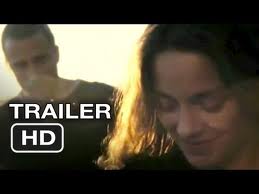 Available online in the original trailer for the new film by Jacques Audiard, director of inter 'The Beat That My Heart Skipped' or'A Prophet' . 'From rouille et d'os', or as will be known internationally,' Rust and Bone  'is an adaptation of two of the many stories that comprise the novel written by Canadian Craig Davidson, and focus on a marina caretaker who loses his legs in the attack of a killer whale, Marion Cotillard ( 'Origin' ), and a boxer forced to fight in street fights, Matthias Schoenaerts ( 'Bullhead'). The tape will be presented officially where Audiard rose in 2009 with the Grand Jury Prize at the Cannes Film Festival, a few days before opening in France. The trailer, after the jump.